Cathedral of the Madeleine

Write up and Photos by: Stephanie Gladwin 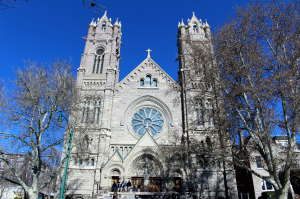 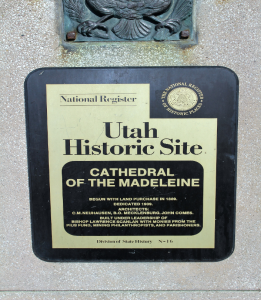 Cathedral of the Madeleine Marker Coordinates: 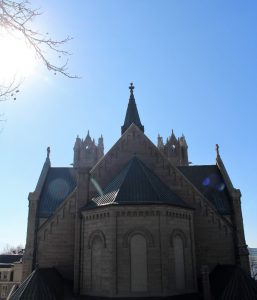 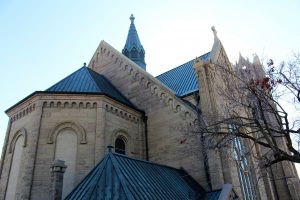 Land to build the Cathedral of the Madeleine was purchased in 1890 by Utah’s first Catholic Bishop, Lawrence Scanlan. Construction of the Cathedral started in 1900, was completed in 1909, and was dedicated the same year on August 16th.[1]

The Salt Lake Herald  covered the grand dedication of the Cathedral of St. Mary Magdalen. The Herald called the cathedral “One of the most magnificent Temples of Worship in the entire West” [2] and described it as a “Monument of the progress of the West and of America.” [3] 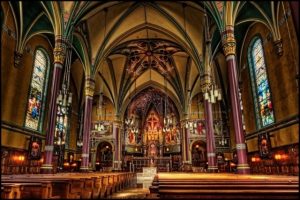 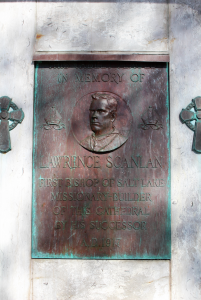 nted the cathedral to serve many purposes. He thought it could serve as a home for Utah Catholics but also to serve as a representation that although Catholics in Utah were “small in number, [they] were rooted and powerful around the world.”[6] The Cathedral was double the size and cost than was originally planned. [7]  It was modeled after traditional Romanesque architecture on the exterior and Gothic on the interior. The traditional shape of the Cathedral represented the power of the Holy Roman Church throughout world history.[8]

Since the 2008 U.S. presidential election, the Catholic leadership and Latter-day Saint leadership in Utah have worked hand in hand to promote a “moral” vision and maintain a conservative political stance. In a speech given by Chicago Bishop Frances George visiting Salt Lake City, he said,

“One of the high points of the centennial celebrations of the Catholic Cathedral of the Madeleine in Salt Lake City was the presence of LDS President Thomas S. Monson at a multi-faith service on August 10, 2009, honoring the cathedral’s civic engagements. At the service, President Monson spoke eloquently about the enduring friendships that Catholics and Latter-day Saints have forged by together serving the needs of the poor and the most troubled of society. Through such shared dedication, he noted, we will ‘eliminate the weakness of one standing alone and substitute, instead, the strength of many working together.’”[13]

This speaks to the modern relationship between the Catholic Community in the Latter-day Saint dominated state of Utah. The Cathedral still serves as a hub for Utah Catholicism and now functions as a place for public outreach and interfaith dialogue..