Believing that you are posted up, in relation to our affairs, as far as the departure of the October Mail from this place, I will offer nothing previous to that time, neither have we anything of much importance since, of a general nature.  On the 21 day of October myself in company with Bros Kimball Orson Pratt, Carrington Judge Snow Major Rose and several others started for Pauvan Valley to find a site and locate the seat of Government for Utah   We found an excellent situation near the ford of Chalk Creek and selected the site for the State House on the south side of that creek on the heights about 3/4 of a Mile up it.  Exceedingly beautiful are the numerous cedars in that vicinity which are included in the city plot.  The citizens passed a law that no living tree shall be cut down within two miles of the city.  We returned by way of Sanpete after an absence of 18 days   Most beautiful weather    We shall make arrangements with the brethren of Sanpete to furnish the lumber for the State House one wing of which we shall erect the ensuing season.

The location of the seat of Government at that point will unquestionably prove highly satisfactory to the People of the Territory having a more central position that Great Salt Lake County and the most susceptable of maintaining a large and dense population of any other valley intervening. . . . 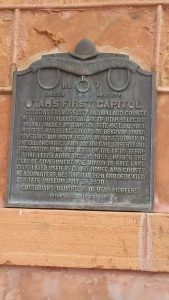 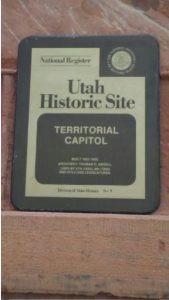 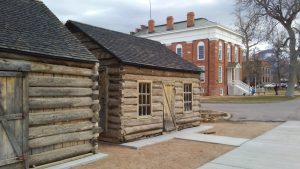 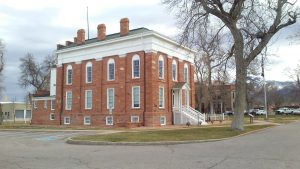